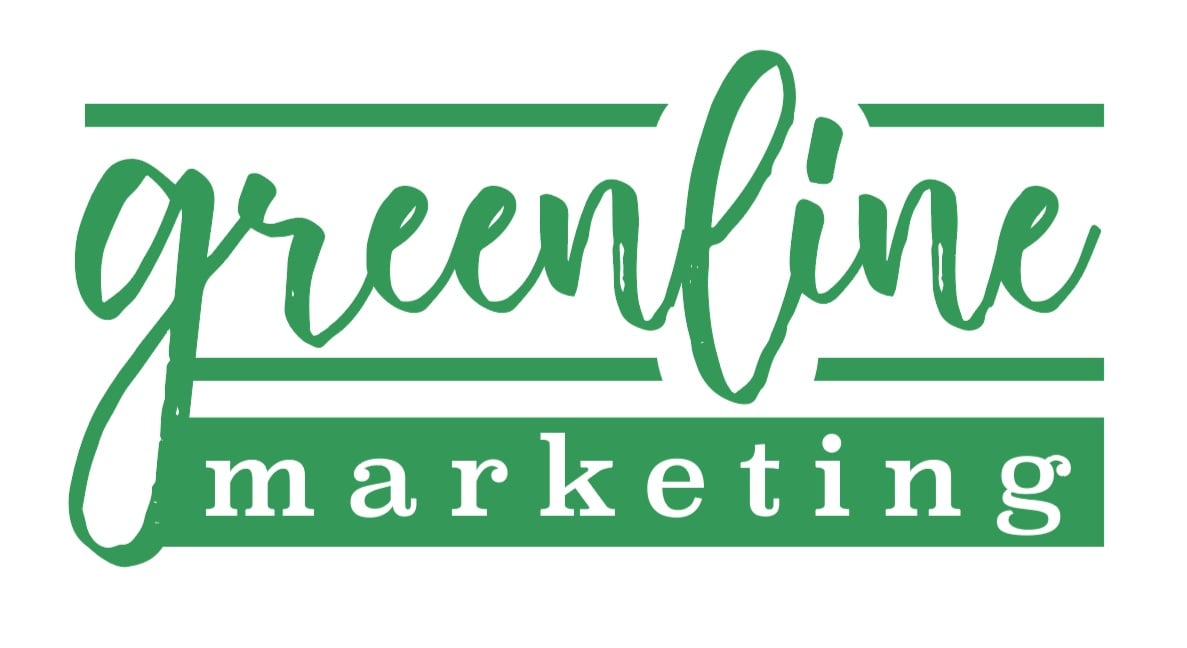 How Writing Changed the World 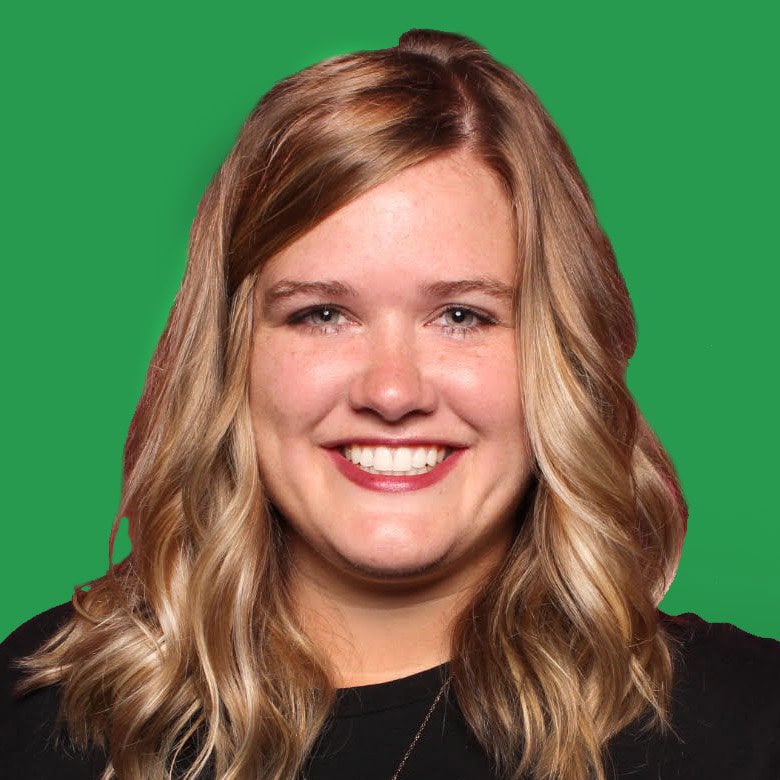 ​​The art and science of putting words on a page is one of the most important in the history of the world. Over the course of history, writing has proven itself worthy of recognition for its capability to fuel growth, incite emotions, and communicate to audiences of all sizes. Writing has played a vital role in nearly every aspect of history, at least that we know about - because it was recorded… I mean think about it, where would we be without writing and documentation? 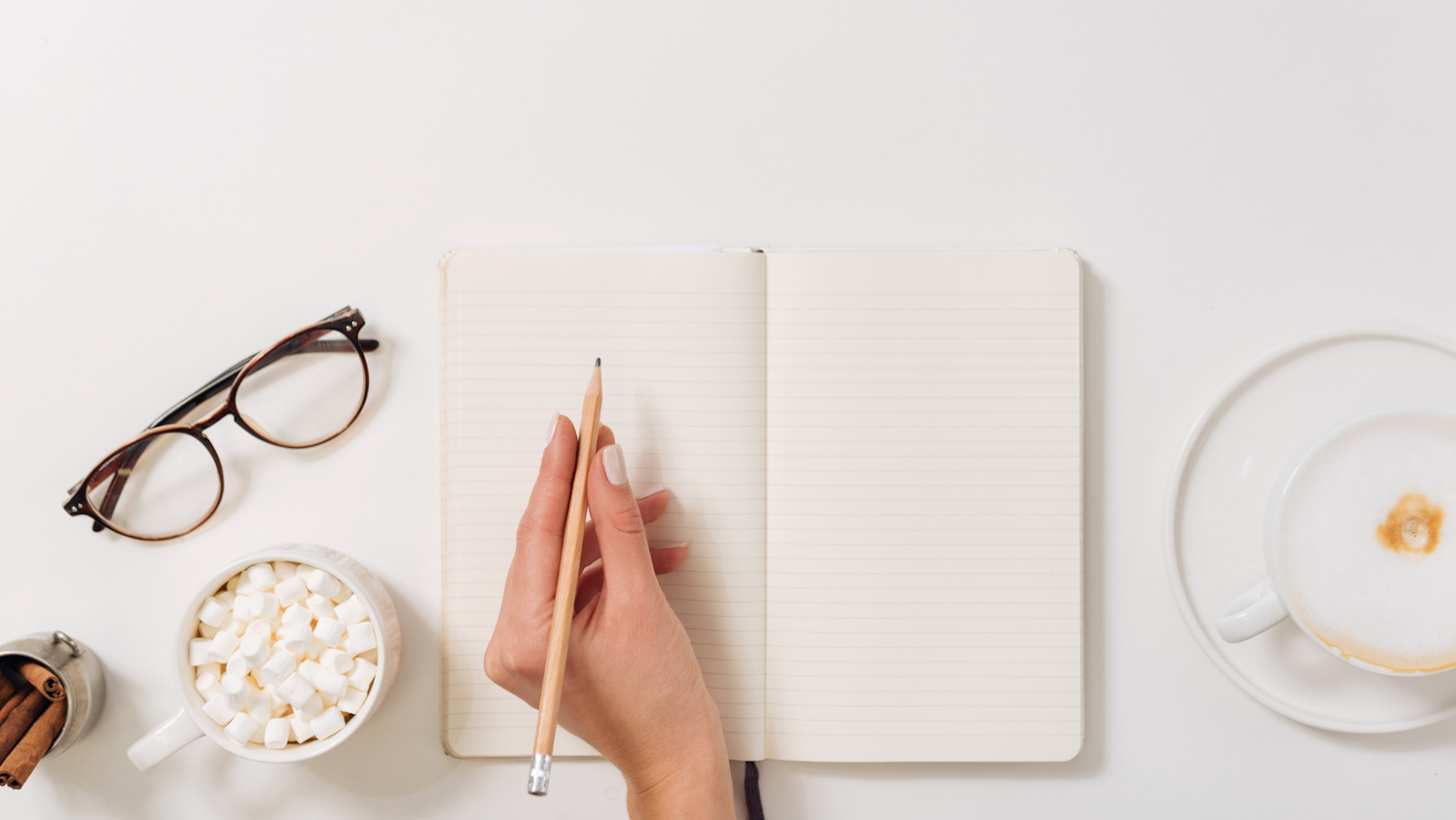 The Early, Early Days of Writing

Don’t worry, we’ll give you the spark notes … Now, let’s jump in a time machine back to the world’s first nation-state, ancient Egypt. The Egyptians were able to find success as the first successful nation-state because of their ability to write. They started by using hieroglyphs. But carving stone, as you can imagine, takes a long time so a portable way to write was soon brought to life out of necessity. The use of papyrus (no, not the font) to make paper proved to be effective in speeding up the transfer of information and course knowledge. When Rome took over, the papyrus market was one of the biggest trophies. But the fall of the Roman Empire overlapped with the change in writing technology all over Europe. Books became rare and precious objects as the Europeans pivoted to a new, and more expensive, material to write. They started to use skins to make parchment. Writing on parchment was a lot like tattooing, so it took way longer. In all of Europe only around 1,000 books a year were produced, so there was very little access to books. To put it in perspective, an 800-page book, in terms of parchment, represents 400 animals. The shift from papyrus to parchment reversed the development from a large literary culture to a beautiful - albeit,  limited - one. So as you can imagine, literary culture was designed exclusively for the elite during medieval times. Lack of knowledge had a direct correlation to lack of access;  the literacy rate in Europe was less than 20% of the entire population. 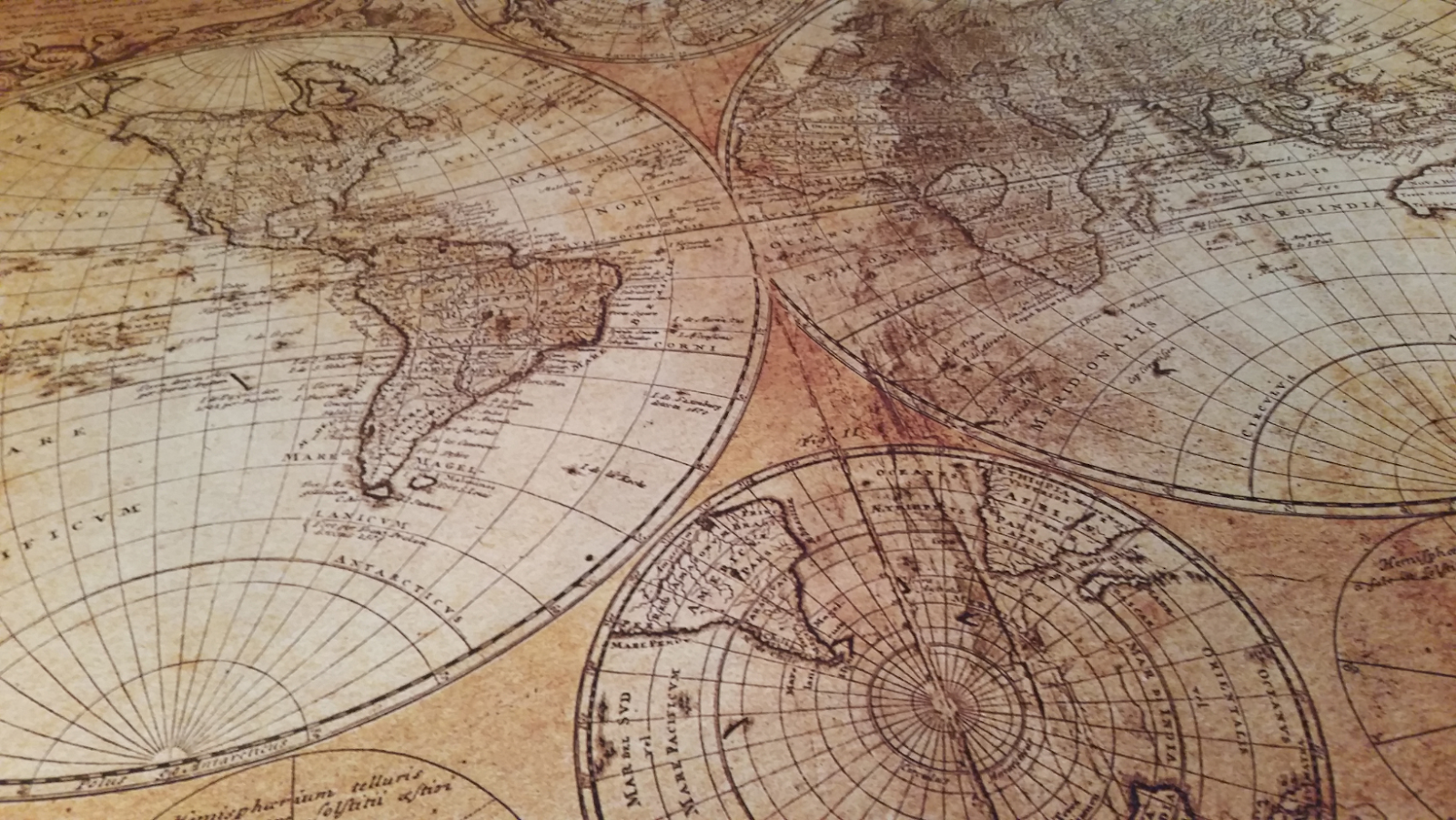 In Asia, there was a different technology. In China, they developed and used what is known as The Four Treasures of writing, paper, brush, inkstone, and a stick of solid pigment. Even blank notebooks were available in China thousands of years before they reached Europeans. In contrast to China’s bustling writing infrastructure, European writing platforms were so scarce that many thoughts went unrecorded. For 600 years only the Chinese knew how to make paper. The Mulberry tree is key to the papermaking process. As Islamic power began to take over Central Asia, the spread of papermaking did too. The new Islamic paper makers added another step, adding a smooth surface. As the scale of the paper industry grew, so did the spread of knowledge. Millions of sheets of paper were supplied to the Islamic world and fueled the spread of knowledge and ideas, making the next five centuries known as the Islamic golden age. The ideas soon reached the rest of the world, and the documentation of history began to ramp up during the Renaissance in the 14th century.

How’s that for a quick history lesson?

So where does marketing tie into this? Marketing developed alongside writing throughout history. Some of the earliest records of marketing efforts were seen in ancient Egypt through branding, which started through signatures - yes, that’s writing. In ancient times, there used to be rivalries between potters which led to the idea to distinguish themselves from others via their signatures. Although the very first signs of actual advertising date back to ancient Egyptians’ steel carvings in 2000 BC, the first print ad was published in 1472 when William Caxton printed ads for a book and nailed them to churches across England. 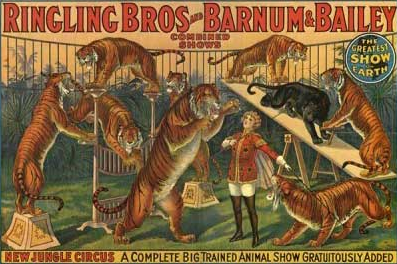 The tables turned during the industrial revolution… to mass production. Fast forward to 1704, the first newspaper ad was published in the U.S. Then jump ahead in time to 1835, the first U.S. billboards displayed Barnum and Bailey’s posters measuring over 50 sq. ft., and while you're there, stay for the New Jungle Circus. As the world continued to innovate across all industries, there was a major shift. Before the late 18th century, there was only marketing and advertising activity on a small scale. One of the results of the industrial revolution was the mass production of print materials. Sears was the first company to focus more on personalization by advertising through direct mail. When they launched their massive direct mail campaign in the late 19th century, they ran 8,000 postcards. The innovative campaign produced 2,000 new orders.

The success of the Sears campaign turned the marketing world’s eyes towards personalization. Personalization is the key driver that led to the start of marketing as we know it today. As personalization began to take off during the turn of the 20th century, it became an entire movement. The wild new inventions of the radio and television in the early 1900s fueled this growth. This form of media was unthinkable for its time; people were speaking directly through their radios and TVs, so it felt more like a personal connection. Advertising first hit the radio in 1922. Radio host H.M. Blackwell created his own “indirect direct” method - a short pitch for living at the Hawthorne Court Apartments. The cost for a 10-minute time slot was $50. Perhaps the original influencer marketing, if you think about it. 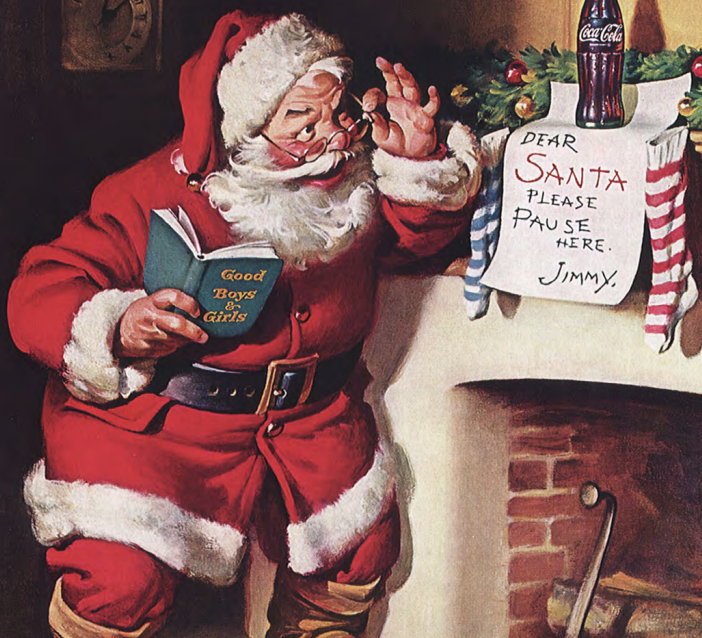 In the 1920s, Coca-Cola expanded its marketing strategy too. The company wasn’t selling as much soda in the winter, so they began to focus on driving sales by attaching its brand to Santa Claus. To make it work, Coke had to solidify an image of Santa that would appeal to its consumers. In 1931, they nailed what they were looking for in the illustrations of Haddon Sundblom.

“The creative revolution relied more on big ideas and started to incorporate psychology and targeted research into ad creation. All mediums of advertisements reflected this momentum in their bold use of space, color, and more abstract ideas to market their products and services.”- Q Print Group

The Digital Realm of Writing Today

The ideas, creativity, and innovations we all know and love simply wouldn’t be what they are today without writing. The internet is a great example of how ideas are spread more quickly and are more accessible. In the current digital era, marketing and advertising are characterized by making personal connections and building relationships on a global scale. The creation of the internet makes this possible. Along with the internet’s globalization capabilities, it also is effective in involving customers directly in product development decisions and leveraging loyal customer relationships. 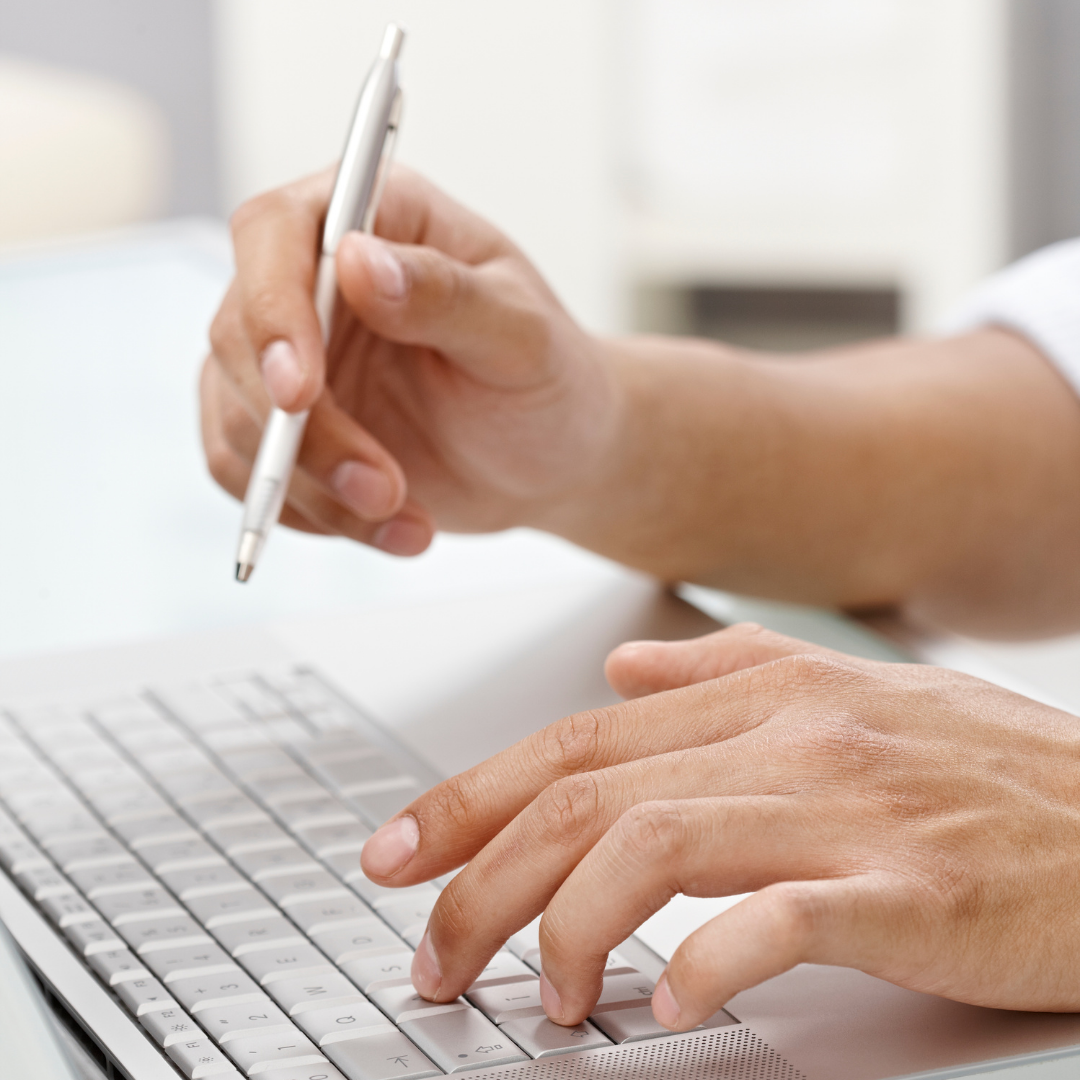 Blogs like this one are one of the biggest forms of digital writing. There are more than 500 million blog sites worldwide as of 2022. Take a second and do a google search and see what I mean. Google is a great information hub for any question you could ever even dream of, and guess what the top results for the answers usually consist of mainly… Yup, blog posts. Having a blog can increase your ranking potential by 434%. Blogs are more purposeful than ads and provide site visitors with valuable information that they are actively looking for. Blogs are here to stay. There is no doubt about that. They bring us all the latest news, inspiring ideas, and even contribute to our self-improvement. They are such a powerful tool that even politicians and celebrities use them to boost their visibility and ratings.

Video is a big up-and-coming trend in 2022 especially. Video is a new form of writing content and then presenting it in a more engaging way. The digital world has made the spread of knowledge even easier and more effective through video.

78 percent of salespeople who utilize social media outperform their peers, and the same is true in all areas of marketing. As a business, it is essential to understand and tap into the power of crowdsourcing and ongoing engagement to get the bang for your buck with your social media efforts. With platforms like TikTok and Instagram, you can make your brand something that people want to talk about and share especially by engaging them through video campaigns.

Data has become more important and accessible to marketers than ever before. Working with data, you can create detailed norms of customer behavior, allowing you to deepen relationships with individual customers by offering custom-tailored promotions and experiences. Data makes it all possible. 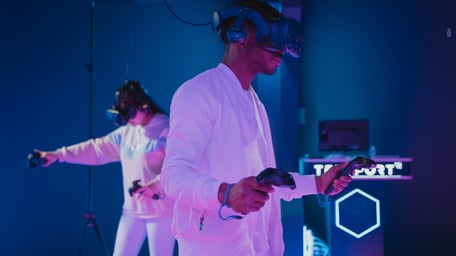 Augmented reality (AR) and virtual reality (VR) act as the bridge between the digital and physical world. AR and VR bridge this gap in unique ways. VR is focused on expanding the capabilities of our devices with the goal of making everyday activities like searching for information, shopping, and expressing yourself easier. VR lets you experience what it's like to go anywhere — from the front row of a concert to across the globe to beyond– into distant planets in outer space.

Artificial Intelligence is another important one for the future. AI is software that replaces things that usually humans would have to do, making our lives easier. From Siri to Netflix’s smart recommendations, to protein folding A.I. Artificial intelligence is becoming responsible for everything from personalized marketing to cutting-edge climate change research.

Evolution doesn’t just come to a halt. In the future, new techniques in product, customer, and brand positioning will lead to novel marketing strategies that construct the next level of evolution in the field and how we communicate. 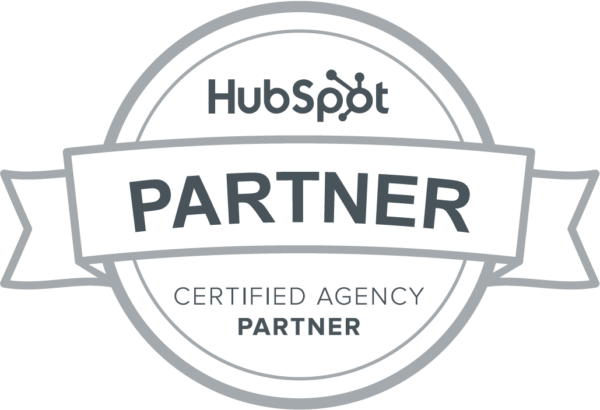